Our Services
Who we serve

Why Boldly Go
our founders

Our clients are changemakers primed to impact social issues and inequities in their community and around the world.

We help you build your legacy through impactful philanthropy.
Read more

We help you bring about transformational change.
Read more

We help you grow your triple bottom line.
Read more

We partner with you to meet your donors’ philanthropic goals.

Learn about how we help Wealth Advisors and Community Foundations meet the philanthropic goals of their clients and donors.

I’ve known Kyle since his tenure at FSG, where he was a leader in building the organization that Mark Kramer and I founded 20 years ago. Kyle has a remarkable ability to grasp complex problems, from community development to health care, understand the root causes of what is not working for people or communities, and articulate clear and actionable solutions that cut across sectors. Kyle worked with me on a series of important studies and projects that have helped shift mindsets and actions of companies, funders, and NGOs. I wish him great success on his new venture as he continues to support multi-sector actors for social change. 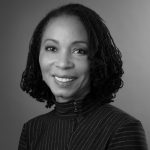 “A new source of inspiration and skilled guidance”

Today, foundations and those with resources need to do more to tackle the massive inequities facing so many people in our country and around the world. That’s why I’m thrilled to see Kyle, who I’ve known for many years and as a fellow Board member of FSG, launch Boldly Go Philanthropy, a new source of inspiration and skilled guidance to help turn philanthropic passion into results for the betterment of society and the planet. 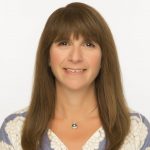 “ability to influence senior leaders, bring people together across divides”

Jeff worked on behalf of The Tow Foundation and a group of other funders to lead a statewide effort to reform the juvenile justice system in New York. The steering group included senior leaders from the governor’s office, law enforcement, state and New York City justice and child welfare agencies, advocates, and the courts. Over the course of eight months, Jeff deftly facilitated the group to align on a common vision and strategy for system reform that was adopted by the group, endorsed by the legislature, and led to lasting reform – positively impacting tens of thousands of young people. Jeff approached this diverse group of leaders in a manner that allowed everyone to be heard and kept the group focused on common goals. His ability to influence senior leaders, bring people together across divides and arrive at compromises and solutions was key to the success of this project. I would highly recommend family foundations or high net worth donors engage Jeff if they want to develop or have someone lead bold philanthropic strategies that deliver results.

We use cookies on our website to give you the most relevant experience by remembering your preferences and repeat visits. By clicking “Accept”, you consent to the use of ALL the cookies.
Cookie settingsACCEPT
Manage consent

This website uses cookies to improve your experience while you navigate through the website. Out of these, the cookies that are categorized as necessary are stored on your browser as they are essential for the working of basic functionalities of the website. We also use third-party cookies that help us analyze and understand how you use this website. These cookies will be stored in your browser only with your consent. You also have the option to opt-out of these cookies. But opting out of some of these cookies may affect your browsing experience.
Necessary Always Enabled

Any cookies that may not be particularly necessary for the website to function and is used specifically to collect user personal data via analytics, ads, other embedded contents are termed as non-necessary cookies. It is mandatory to procure user consent prior to running these cookies on your website.